This morning Facebook reminded me that five years ago today I had my first Ikebana (生け花) lesson. For those that haven’t heard of Ikebana before it is Japanese floral art, which unlike European flower arranging is a perfect example of the concept less is more. The kanji for Ikebana, 生け花, literally translates to “give life to flowers”, which seems a little odd as they are seen as a living thing, but once cut they need to be given new life.

I recall feeling rather guilty about dropping Little Miss off at daycare while I headed off in search of a new hobby when she was only ten months old, but my OH encouraged me to take some time out for myself even if it was just a couple of hours twice a month. After a search on the internet I found Ohara School of Ikebana in Omotesando, Tokyo, who offered lessons in English and there I found a place that allowed me to focus on the present and not worry about the next nappy change or what to make for dinner.

My knowledge of flora is terrible but like wine I know what I like, so it was interesting to be given materials to work with that I may not have chosen personally and find out more about them.

Although an art form, Ikebana, isn’t as freestyle as you would imagine. As a beginner there are many rules that should be followed such as the stem lengths, angles and type of materials that should be used for certain projects. Ohara School of Ikebana is very traditional, so at times it felt like my creative juices weren’t allowed to flow as I wished, but it was a great learning experience and an insight into how such simple looking things can sometimes be so complex.

When baby yoga, baby sign and music classes began to fill up my week I took a break from my classes, however, continued to use what I had learnt when I could. Once Little Miss started at pre-school I was keen to dig out my text book and hasasmi (scissors) and was introduced to Sogetsu Ikebana, which was a breath of fresh air. The Sogestu concept is to express yourself through flowers which although requires you to follow the rules of Ikebana there is more opportunity to add your own sense of style, which I love… 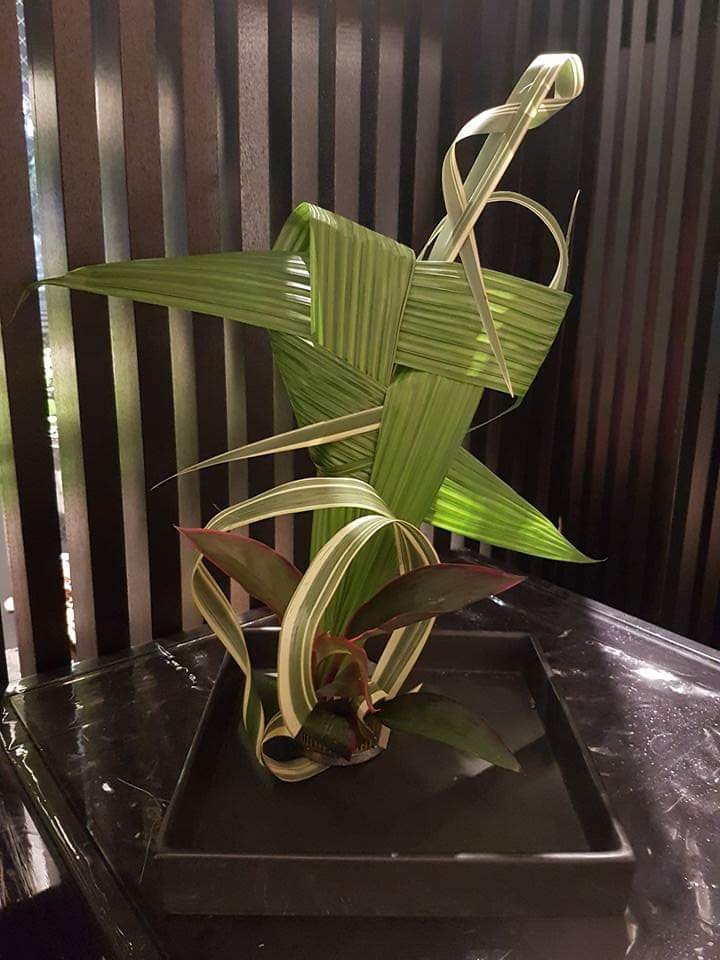 Unlike the previous school where lessons where held in a classroom, Atelier SOKA lessons were held in less formal venues and the sensei (teacher) invited students into her home, so I felt truly immersed in Japanese culture and my sensei became a friend as well as just an inspiration.

On my return to the UK I was surprised by the lack of florists around town as in Japan you come across one or two independent flower shops along the shotengai (suburban shopping street), I often stopped off on the way home from the station to pick up some flowers and sometimes Little Miss would choose some for her own arrangements too.

With florists so far and few between I now have to resort to the pre-mixed flower bunches sold at the supermarkets, which aren’t as exciting visually to work with but allow me to fill our surroundings with some colour. 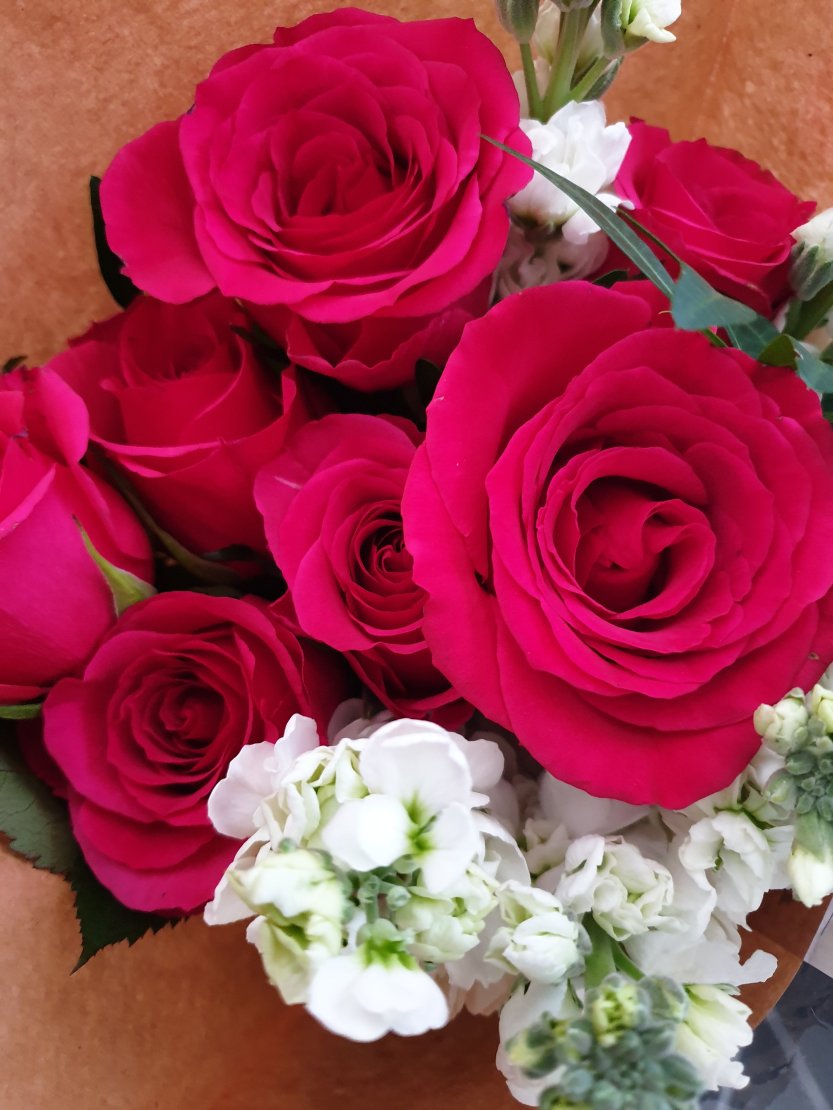 The £6.00 bunch of flowers I bought from Tesco allowed me to avoid doing the chores for half an hour and get creative while the house was quiet… 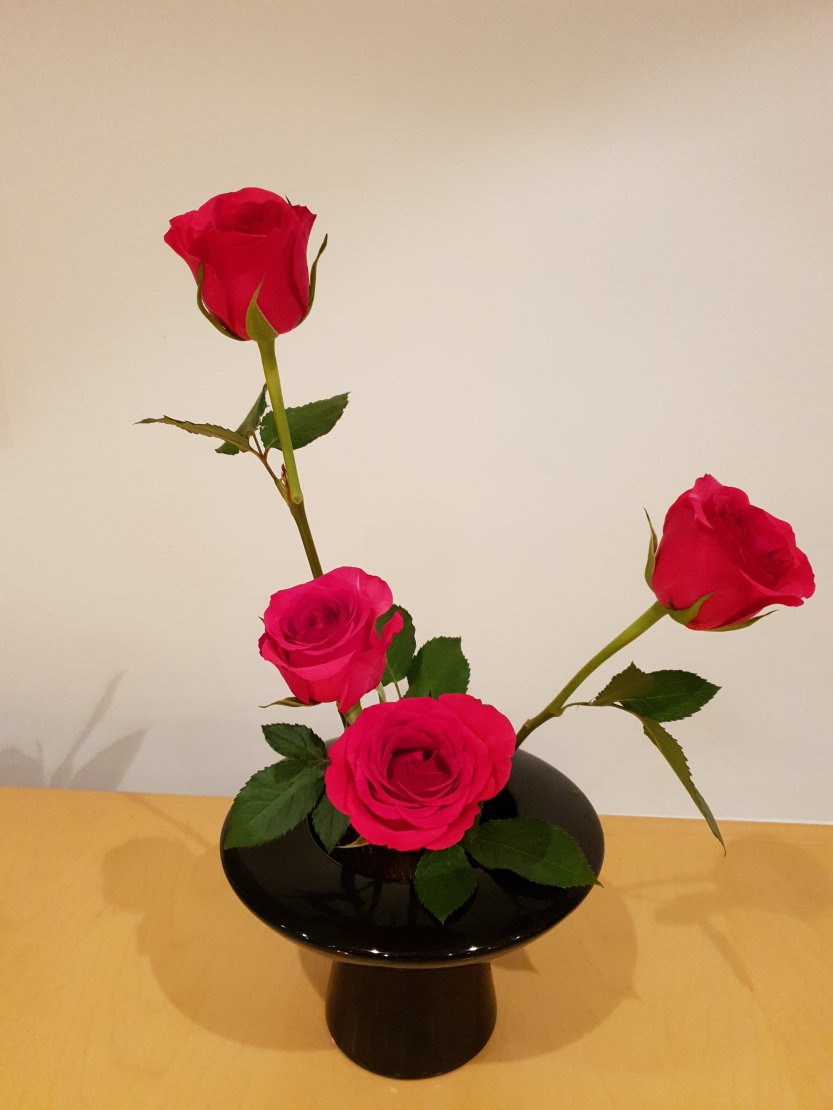 I’m not sure my sensei would consider my UK arrangements true Ikebana due to the lack of rules I follow, but it gives me the chance to focus on the present and in the words of Hans Christian Andersen, “Just living is not enough…one must have sunshine, freedom and a little flower.”